"Significant amounts of water" have been found beneath the surface of Mars.

In a release, ESA said that the water was detected using the Trace Gas Orbiter's (TGO) Fine Resolution Epithermal Neutron Detector (FREND) instrument, which has the ability to detect hydrogen in the uppermost meter of the planet’s soil.

"FREND revealed an area with an unusually large amount of hydrogen in the colossal Valles Marineris canyon system: assuming the hydrogen we see is bound into water molecules, as much as 40% of the near-surface material in this region appears to be water," the Russian Academy of Sciences Space Research Institute's Igor Mitrofanov said in a statement.

Mitrofanov, principal investigator of the FREND neutron telescope, is also the lead author of the research, published online on Nov. 19 in the journal Icarus.

He and his colleagues analyzed FREND observations ranging from May 2018 to February of this year, which mapped the hydrogen content of the soil by detecting neutrons rather than light. The process brings higher spatial resolution than previous measurements.

The area is about the size of the Netherlands, according to the ESA, and overlaps with the deep valleys of a site called Candor Chaos.

Valles Marineris, which is south of the Martian equator, is the largest known canyon in the solar system. NASA says it would span the distance from New York to California – about 2,000 miles along – and is approximately 20% of the entire distance around the red planet.

Co-author Alexey Malakhov, also of the Space Research Institute of the Russian Academy of Sciences, explained that they believe the water "more likely exists in the form of ice, rather than water that is chemically bound to other minerals in the soil. 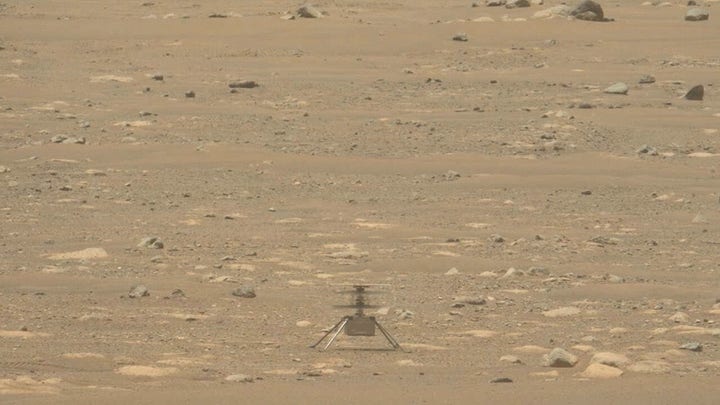 "This finding is an amazing first step, but we need more observations to know for sure what form of water we’re dealing with," study co-author Håkan Svedhem of ESA’s ESTEC in the Netherlands and former ESA project scientist for the ExoMars Trace Gas Orbiter, said.

While it is already known that there is water on Mars, ESA pointed out that most is found in the planet's cold polar regions as ice.

"Knowing more about how and where water exists on present-day Mars is essential to understand what happened to Mars' once-abundant water and helps our search for habitable environments, possible signs of past life, and organic materials from Mars' earliest days," Colin Wilson, ESA's ExoMars Trace Gas Orbiter project scientist, said.