'The Five': Teachers unions have redefined teaching 'as selfish and lazy' 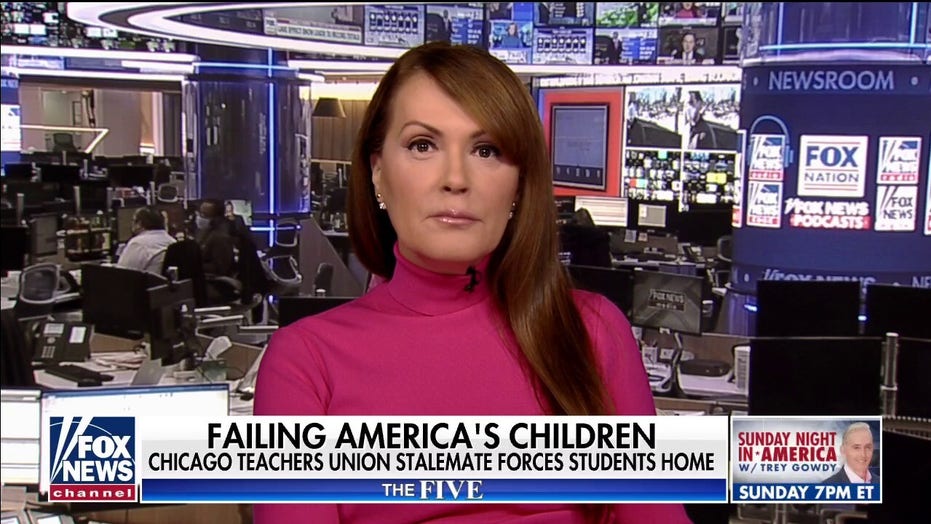 ‘The Five’: Teachers are willing to hurt children to protect themselves

‘The Five’ co-hosts ridicule teachers unions and teachers in the remote learning age.

Greg Gutfeld and his co-hosts exposed the damages wrought by teachers unions in the remote learning era Friday on "The Five."

"Kat Timpf … made this point last night: Teachers unions have managed to take one of the most beloved occupations and redefine it as selfish and lazy," Gutfeld said. " … All of us in our generations used to love our teachers. … And this system and the unions destroyed the image of the teacher [and] turned the classroom into a supervised prison."

Chicago Public Schools canceled classes Friday for the third consecutive day because of a dispute with the teachers union over remote learning and COVID safety protocols. More than 300,000 public school students — "[s]ome hungry, some unsupervised" — have been out of class, said co-host Geraldo Rivera.

"So now this is one crisis … that America shouldn't let go to waste," Gutfeld said. "We should fire people. It's time to pull the money out of the system, start backing the parents. Give them the money so they can make the choices of the best education, whether it's school choice, homeschooling, the Peloton model. That's the only way you're going to make this better is by introducing competition. But the unions hate the competition because that means they've got to take off the jammies, put on the clothes, and go to work."

Rivera reported the results of a survey that found that 48 percent of teachers admitted they considered quitting the profession over the past month.

"These teachers — what, half of them have thought about quitting? Good," said co-host Dagen McDowell. "We need to blow up the whole system. Quit. Go find a job that when you don't show up for work, they will fire your a--."

Not all was doom and gloom for co-host Martha MacCallum.

" … [W]hat I find really encouraging here is that there have been some teachers who have bucked the trend, bucked the union, and they said, 'I'm showing up anyway,'" she said.

"They spend way too much money in the Chicago public school system on each child," she concluded. "It's obviously not working because you can spend a lot less in Catholic schools and other schools, charter schools, and get a lot more for your money."

Graham Colton is an associate editor for Fox News Digital.