MSNBC’s Joy Reid getting slammed for claiming students learn ‘Confederate Race Theory,’ an NPR TV critic doubling down on an op-ed urging Tom Hanks to be ‘anti-racist,’ and Biden muttering that he’ll get into trouble with his staff round out today’s top media headlines

Russian President Vladimir Putin dominated the conversation at President Biden's press conference from the NATO summit on Monday, but none of the reporters who were called on asked about the growing geopolitical threat posed by China.

Like at previous press conferences, Biden handpicked reporters from a prepared list. The subjects addressed were limited since the vast majority of the questions given were about his upcoming meeting with Putin.

"You've met Vladimir Putin before. What have you learned about him that informs how you approach this sit down with him and what's your mindset walking into a meeting with a former KGB agent who you've said has no soul?" ABC News correspondent Cecilia Vega asked.

"Have any of the world leaders you met with this week expressed concern that by meeting with President Putin this early in your presidency that it will look like you’re rewarding him?" CBS News correspondent Nancy Cordes wondered.

CNN correspondent Jeff Zeleny pressed Biden about past remarks referring to the Russian president as a "killer" and whether he still believed that. 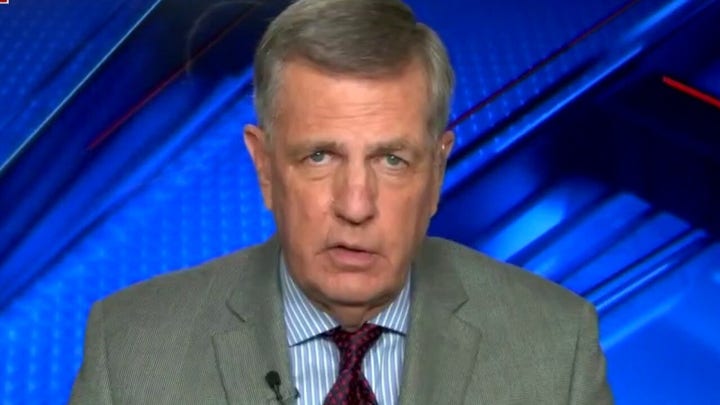 Even Republicans made a cameo appearance during the NATO press conference in a question from Washington Post reporter Anne Rumsey Gearan.

"Here at this meeting and earlier at the G-7, you've said several times that America is back at allies’ side but a lot of those allies are themselves pretty rattled what happened on January 6th in the attempted overturns of your election. And they may still be alarmed by the continued hold that Donald Trump has over the Republican Party and the rise of nationalist figures like him around the world," Gearan said. "What do you say to those allies, what have you been saying to them at these meetings about how the next president of the United States can keep any promises you make?

While the five reporters that were called on were able to ask two questions, none of them asked about China.

China, which has become an economic and military rival to the United States, has become the center of an intense political debate on the subject of the origins of the coronavirus pandemic. The theory that the virus leaked from the Wuhan lab has only recently been taken seriously by media outlets after dismissing initial concerns made by prominent Republicans and the Trump administration. They labeled their concerns as a "fringe" "conspiracy theory," one that The Washington Post reported was "debunk" last year.

The Post issued a "correction" on its story earlier this month.