Nebraska governor calls on Biden to disavow 'defund the police,' not target gun rights as solution to crime

‘Taking away guns from law-abiding citizens is not the answer’ to rising crime: Nebraska governor

PETE RICKETTS: We don’t have the same problems [in Nebraska] as some of the major cities, though we have seen an increase in crime. I think a lot of it ties back to this whole ‘defund the police’ movement and some of the disruption we had in civil society last year. And I think that’s part of, when you start undermining that basic foundation, you start breaking apart the bonds that hold us together and that’s why you see an increase in crime. And so I think that one of the first things the Democrats can do is start recanting this ‘defund the police’ movement and support our law enforcement officers.

Guns are not the problem here. The gun laws that we’ve passed, and the gun control kinda things that the president wants to do are only going to affect law-abiding citizens. Criminals don’t pay attention to those laws. What we need to do is to focus on the underlying root causes. We’ve done that here in Nebraska with a variety of our policies. We know for example that a lot of violence stems from drug and alcohol abuse and so we put in policies to address that. Those are really the things the president ought to be focusing on.

Taking away guns from law-abiding citizens is not the answer. And again let’s get back to one of the problems we have here is this whole defund the police movement. Why doesn’t the president just start by recanting defund the police, and come out in support of our police?

WATCH THE FULL INTERVIEW BELOW 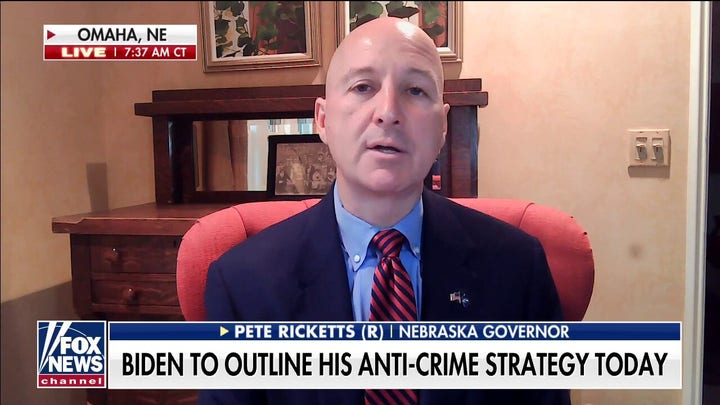