In damning texts reported by the London Daily Mail, the younger Biden, 51, routinely messaged his $845-per-hour attorney George Mesires references to the N-word.

"How much money do I owe you, because [N-word] you better not be charging me Hennessy rates," Hunter said in one exchange.

In another conversation, Hunter made a joke about his genitals before closing with, "I only love you because you are Black," and "true dat, [N-word]." Mesires is White.

Devine called the texts another example of "Biden privilege" and "White privilege", and told host Sean Hannity that if the messages were written by Donald Trump Jr. or Eric Trump, they would not receive such light coverage as they have thus far.

"It is just Joe Biden and his Teflon coating that he has. And Leo [Terrell] is quite right. This is projection by Joe Biden, projecting his own family's White privilege," said Devine. 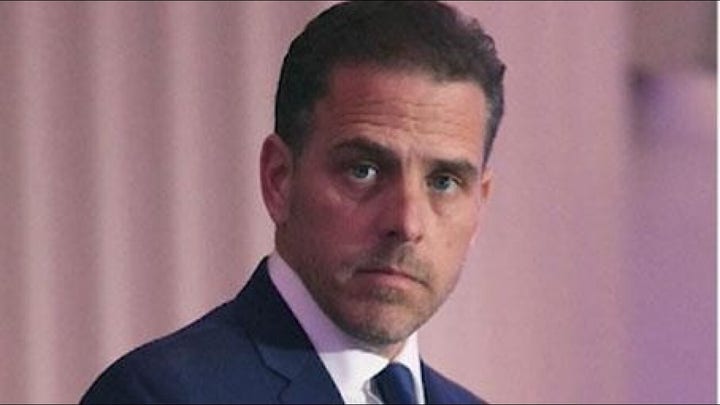 "You couldn't get anyone more white privileged than Hunter Biden -- who has had everything handed to him on a silver platter since he was born. His father has made sure that his son has had jobs, has had university, has had clients, foreign clients showering him with millions of dollars. He has had every door opened to him."

Devine added that the elder Biden continues to, in her words, "project his own racism onto the whole of America – he has sullied all of us with his own."

Hannity noted that one of Biden's icons during his time in the Senate was the late Sen. Robert Byrd, D-W.V., who was a Ku Klux Klan recruiter in his youth.

"Joe Biden partnered with a former Klansman who filibustered the Civil Rights Act of '64 and the Voting Rights Act of '65 to stop the integration of school and school-busing, [and said] he didn't want schools to become ‘racial jungles’; Joe's words back in the day," Hannity said. "Then he praised [Byrd] when he died."

In 1977, then-Sen. Joe Biden, D-Del., warned that unless there was "orderly integration", "my children are going to grow up in a jungle -- the jungle being a racial jungle with tensions having built so high that it is going to explode at some point."

Terrell, a civil rights attorney and former civics teacher, said he predicted that Democrats writ large will continue their silence over both Bidens' racially insensitive actions.

He recalled that one main reason for him to leave the Democratic Party after decades of support was when the elder Biden remarked to a New York City radio program during the 2020 election that if African-Americans have a difficult time deciding whether to vote for him over Donald Trump, they "ain't Black."

"[H]e needs to look in the mirror," Terrell said in part.