Nikki Haley rips Kamala Harris for not visiting border: ‘This is embarrassing’

The former U.N. ambassador says President Biden and Vice President Harris are fearful of situation at the border

Former U.N. Ambassador Nikki Haley on Tuesday ripped Kamala Harris for her handling of the border, as the Vice President still has yet to set a date to travel there and has gone nearly 100 days without a press conference on the migrant surge.

"This is embarrassing," Haley said on "America Reports."

"Any leader knows you can’t fix what you can’t see. She hasn’t been on the ground, she hasn’t talked to Border Patrol—she doesn’t know what is happening there."

KAMALA HARRIS' MEXICO, GUATEMALA VISIT: EVERYTHING YOU NEED TO KNOW

Haley asserted that Harris and Biden seemed "fearful" of traveling to the border and were in "flat out denial."

"They think that if they don’t go it won’t be real. It’s very real."

During an interview with NBC News Tuesday, Harris was asked whether she had any plans to visit the border. 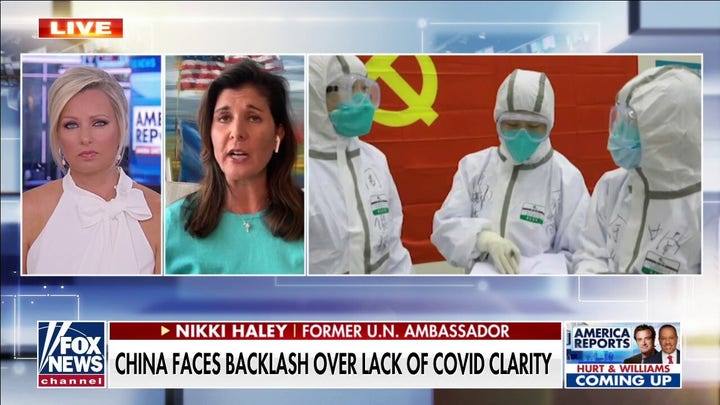 Harris was again pressed, with NBC’s Lester Holt reminding the vice president that she, herself, has not been to the border while in office.

"I – and I haven't been to Europe. And I mean, I don’t – I don't understand the point that you're making," Harris said, adding "I'm not discounting the importance of the border."

Haley reacted to the interview bluntly.

"No one has given her the job of Europe. She’s got the job of the border."

Despite not traveling to the border thus far, Harris traveled to Guatemala and Mexico in the last few days to discuss the "root cause" of migration.

Haley added that she appreciated Harris’ recent trips since both of those countries' respective presidents were vocal in criticizing the vice president and President Biden for their rhetoric on immigration, which Haley asserted helped to spur South and Central American migration into the U.S.

During her trip to Guatemala, Kamala urged people in the region not to come to the U.S., a comment which sparked outrage from some Democrats and stood in contrast to many of her previous statements.

"To folks in this region who are thinking about making that dangerous trek to the United States-Mexico Border—do not come. Do not come."

But, Harris’ change in messaging did not appear to be enough for Haley.

"You know what says do not come—when you show up at the border and you really have actions speak louder than words."