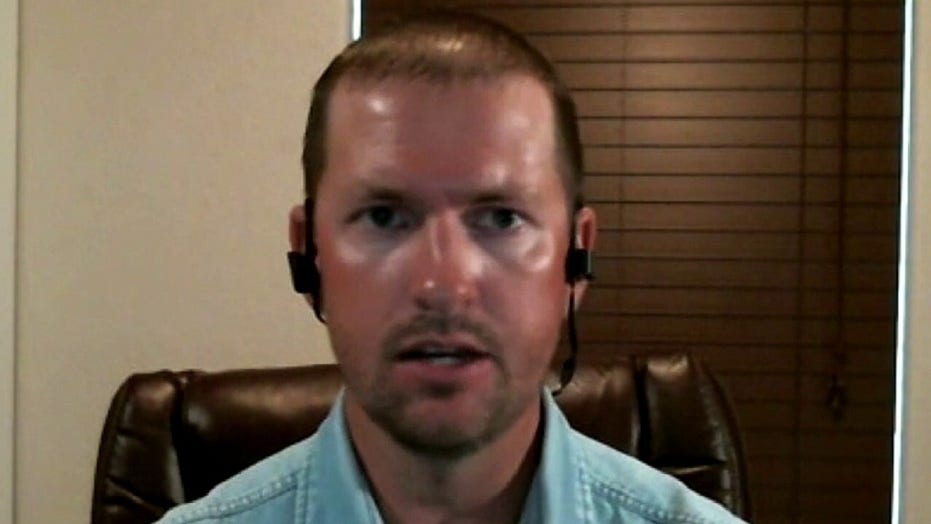 New Mexico rancher Russell Johnson argues that 'it seems that anybody that’s got a D next to their name with our federal delegation doesn’t even want to address this issue.'

New Mexico rancher Russell Johnson told "America’s Newsroom" on Wednesday that the situation at the southern border is "getting worse," arguing that "it seems that anybody that’s got a ‘D’ next to their name with our federal delegation doesn’t even want to address this issue."

"I would like to think I’m a reasonable man and I’m living under unreasonable circumstances," Johnson said. "And what we’re seeing is the group sizes are increasing. We ourselves are encountering these groups all the time."

He said that "just the other day I encountered a group of what turned out to be 13 that the Border Patrol didn’t even know had crossed yet."

Johnson also noted that "unfortunately with the rise in the summer temperatures there’s been bodies found out here in the desert."

"It’s just all being ignored and we’re the ones having to deal with it," he added.

Johnson also told "America’s Newsroom" that he tried to reach out to Governor Michelle Lujan Grisham of New Mexico, a Democrat, but has not received a response.

A spokesperson for Grisham did not immediately respond to Fox News’ request for comment. Former President Trump is visiting the Texas border with Gov. Greg Abbott Wednesday before both appear at a town hall with Sean Hannity at 9:00 p.m. ET on Fox News Channel.

In March, Johnson told "Fox News Live" described his experience with the migrant surge at the southern border, saying that "We've experienced everything from homes being broke into, cattle theft, vehicles stolen, other buildings broken into."

President Biden scrapped a number of his predecessor's immigration policies, which included wall construction and having asylum seekers remain in Mexico instead of in the U.S. while they wait for their cases to be heard. The moves have led to a record surge in migrants, including unaccompanied minors, that has strained capacity at immigration facilities. 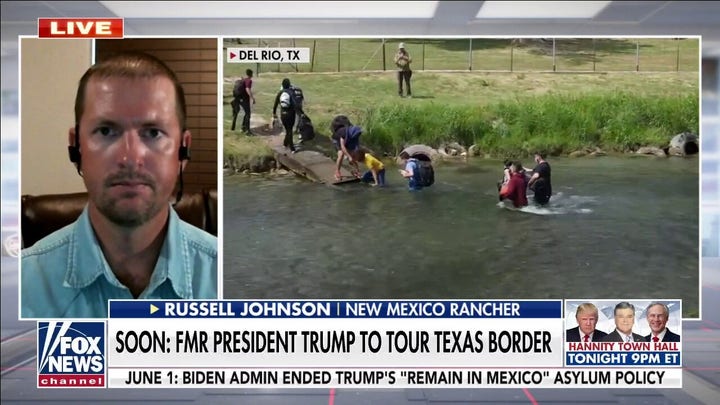 Speaking with "America’s Newsroom" on Wednesday, Johnson stressed that what he is experiencing is now worse than what was taking place three months ago.

He referenced a video that he said showed illegal immigrants vandalizing "improvements on our ranch," including a 10,000-gallon water tank.

"Because they [migrants] ran out of water, they broke the pipe going to that tank and we lost all that water and there’s no compensation for that," he continued.

Johnson stressed that "we’ve got a delegation here that doesn’t even want to acknowledge the fact that this is going on."