ENES KANTER’S CHINA OPPOSITION COULD CREATE ANOTHER MESS FOR NBA

ENES KANTER: I applaud Enes Kanter because he’s going to take a financial hit. He is a true human rights activist. Step aside Colin Kaepernick, step aside LeBron James because he’s talking about China, and the NBA has been completely quiet. Why? Because of the money. It’s easy for an NBA player to criticize America. They don’t go to prison. They can criticize America day and night, call us imperfect. But when it comes to China, the reason why you don’t hear LeBron James or the NBA is because of this. They don’t want to lose this. And I applaud Enes Kanter because human rights injustices go beyond borders.

Enes Kanter has a record of being a human rights activist. Remember last year the George Floyd case? The NBA stepped up, they had Black Lives Matter on the floor. Put down ‘forced labor’ on the NBA hardwood floor. … It’s disingenuous for the NBA to talk about human rights injustices in this country and not look overseas and not talk about China. It’s all about money, you know it and I know it. 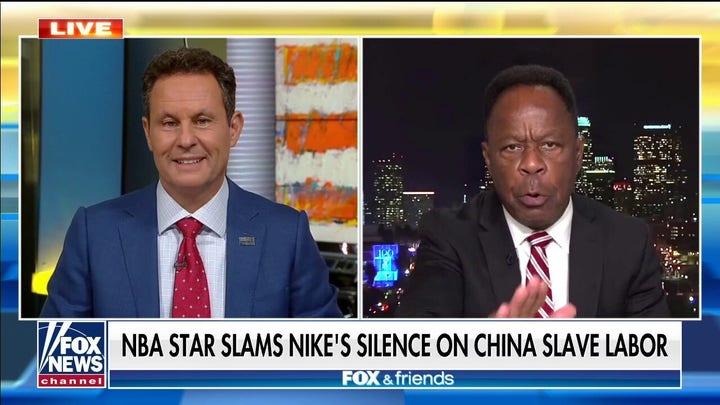