Jesse Watters on trial of Kyle Rittenhouse: The left is conditioning the country to bow to the mob 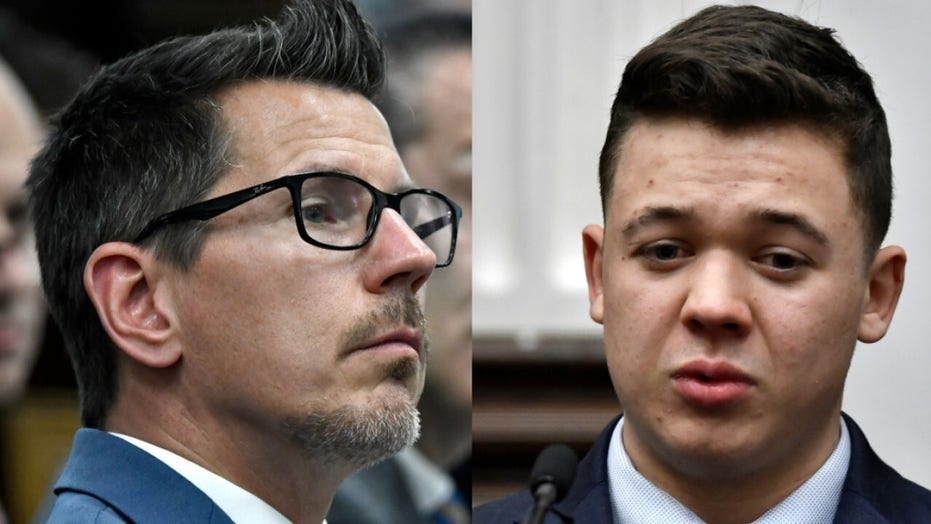 'The Five' anticipate verdict in trial of Kyle Rittenhouse

Jesse Watters said on "The Five" regarding the trial of Kyle Rittenhouse that the radical left is conditioning Americans to "bow to the mob."

"So this is what the left did. They falsely label something racist, the [Jacob] Blake shooting? And then that justifies their riots because a riot against racism has to be righteous, right? That justifies all of their ransacking, looting, and burning. And you can't get in the way of a righteous riot, right? That makes you racist," he said.

Watters added that "Kyle got in the way" of the left's plan because "he should have just taken a beating," but instead he "used self-defense."

He added that the "snobs" among the left don't care if middle-class towns burn in riots inspired by police shootings.

"Also, [the left are] total snobs. Why would you want to have to protect Kenosha, it's just flyover country … [the] middle-class … Maybe some fires got started at a car dealership … Who cares? … [However,] if [the rioters] come after Santa Barbara, Georgetown, or the Hamptons – that's expensive, that's worth protecting," Watters continued.

Rittenhouse shot and killed Joseph Rosenbaum, 36, and Anthony Huber, 26, with an AR-15 during the August 2020 protests and riots in Kenosha that erupted after police shot Jacob Blake, leaving him paralyzed from the waist down. The third person Rittenhouse shot, Gaige Grosskreutz, survived and testified last Monday.

The prosecution's closing arguments tried to persuade the jury that Rittenhouse was a vigilante who was looking to "provoke" trouble with the crowd and therefore could not claim self-defense. They further argued the defendant was an "active shooter" and wrongfully used deadly force in a situation that did not require it.

Kyle Rittenhouse listens as jurors are asked questions by the judge during jury selection at the Kenosha County Courthouse  on November 01, 2021 in Kenosha, Wisconsin. (Sean Krajacic-Pool/Getty Images)

"It certainly cannot be reasonable for someone to be holding an AR-15 semiautomatic rifle with powerful ammunition and be chased by someone who is unarmed who's smaller than him, who's shorter than him and the first thing you do to defend yourself is you plug four rounds into him," Assistant District Attorney James Kraus said.

"When the defendant provokes the incident, he loses the right to self-defense," ADA Thomas Binger said.

Rittenhouse said throughout his testimony at the Kenosha County Courthouse that he was acting in self-defense. During closing arguments, the defense went on the attack on the prosecutor's methods and asserted that then 17-year-old Rittenhouse (he is currently 18) acted within the context of lawlessness which followed the police shooting of Jacob Blake.

"Ladies and gentlemen, [assistant DA] Mr. Binger and I have gone round around round and it until the cows come home. They were rioters. They weren't demonstrators. The demonstrators were down by the courthouse earlier in the night? Yes. There were people doing legitimate demonstration. These people were rioting," defense attorney Mark Richards said.

"Kyle was a 17-year-old kid out there trying to help this community, but the district attorney's office is marching forward with this case because they need somebody to be responsible. Kyle Rittenhouse His behavior was protected under the law. The State of Wisconsin, the law of self-defense," the defense attorney continued.

Co-host Geraldo Rivera said that while he did believe Rittenhouse acted in self-defense, Rittenhouse should not be glorified to hero status.

"I personally feel that he has been lionized way over the top, that he has been portrayed by half this country as a heroic youngster fighting for his community. I don't believe that at all. I think he watched too many Rambo movies," he said. "He should be acquitted [but] we have to be careful not to root for an outcome in a criminal case. Let these jurors decide based on the facts and circumstances as they were presented [and] the legal evidence."

Rivera went on to bring up a series of pictures taken of Rittenhouse at a bar in January 2020. According to prosecutors, the hand gesture seen in a series of photos could be the White supremacist "Okay Hand Gesture."

"I must say that well, after my appearance here last week, I found the articles that had the pictures of him giving the White supremacy a sign," Rivera alleged. "I hope I'm wrong … if indeed he is connected with the White supremacists, that gives you an added layer of distress."

Rittenhouse's defense attorney said at the time that his client is not and has never been affiliated with White supremacist groups, according to NBC News.

"The state has done an extensive search of all of Mr. Rittenhouse’s social media as part of its investigation in this case … Upon information and belief, no information linking Mr. Rittenhouse to the listed organizations has been found."

The jury in the nationally-watched case was sent home on Tuesday evening and will resume deliberations on the charges against Rittenhouse Wednesday morning.