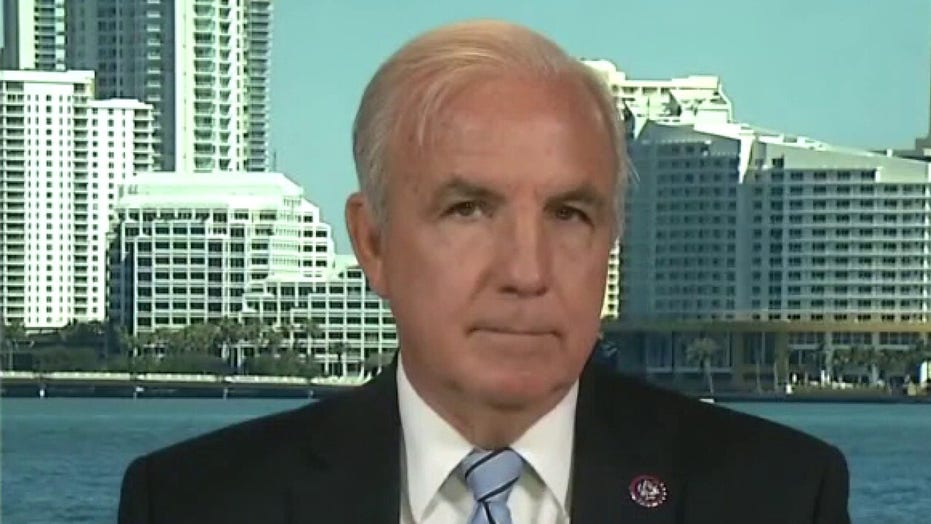 The National Hurricane Center issued a tropical storm warning for the Florida Keys, in addition to storm watches for the state's southwestern coast Sunday morning as Tropical Storm Elsa headed toward the state.

A storm watch for Florida Bay is also currently in effect.

Tropical Storm Elsa had maximum sustained winds of 65 mph and was moving in a west-northwesterly direction at about 14 mph by early Sunday, according to the National Hurricane Center.

The storm was forecast to hit Cuba next on a path that would take it to the Florida Keys late on Monday, and Florida's west coast on Tuesday and Wednesday. The Cuban government evacuated 70,000 people from the southern coast Sunday.

Elsa prompted Florida Gov. Ron DeSantis to declare a state of emergency in 15 Florida counties, including Miami-Dade County, where a high-rise condominium building collapsed last week. The standing portion of the building was expected to demolished "a soon as possible" amid concerns over Elsa approaching, the governor said Saturday.

Elsa was expected to slow down and turn northwest by Sunday night or Monday when the Keys could start seeing storm conditions, the hurricane center and FOX 13 of Tampa reported.

Elsa is then expected to move near or over parts of the Gulf coast of Florida by Tuesday, the hurricane center said. Some models show it heading into the Gulf or up the Atlantic Coast. Elsa’s ultimate trajectory remained uncertain.

An electrical pole felled by Hurricane Elsa leans on the edge of a residential balcony, in Cedars, St. Vincent, Friday, July 2, 2021. (Associated Press)

"What we don’t want to be is on the eastern side of the storm," FOX 13 meteorologist Tony Sadiku said. "That gives us more of the impacts of wind and rain.

If the storm moves into the southeastern Gulf as a tropical storm it will likely gain strength, but will more likely weaken if it’s torn apart while moving over Cuba, FOX 13 meteorologist Tyler Eliasen said Saturday.

Parts of the Keys could face a storm surge of one to two feet and, along with the peninsula, could have two to six inches of rain and isolated flash, urban, and minor river flooding, the hurricane center said. Swells will increase near the Florida Keys and south Florida early next week.

Tropical storm warnings were also in effect for the southern part of Haiti and parts of Cuba along with a watch for parts of the Cayman Islands.