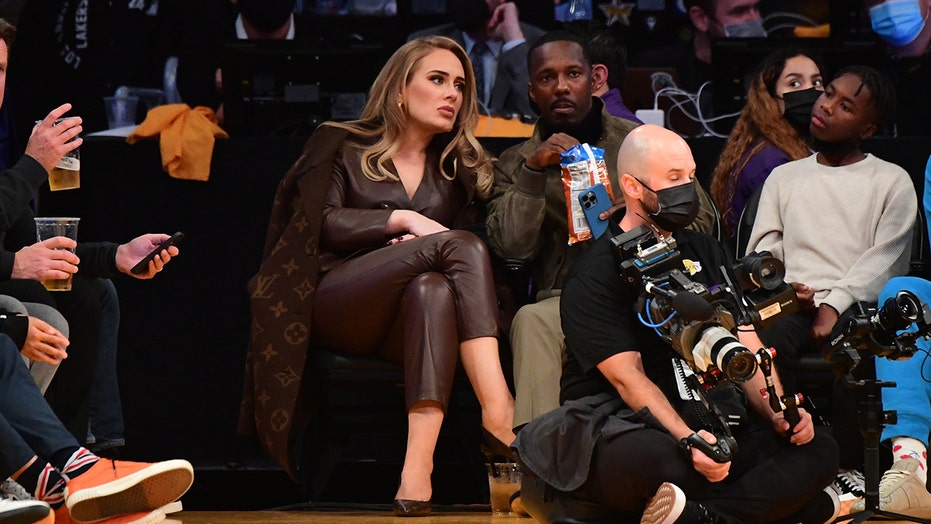 Adele and her new boyfriend Rich Paul looked very much in love on a date Tuesday night.

The 33-year-old singer and the 39-year-old sports agent cuddled up to each other as they sat courtside during the Golden State Warriors and Los Angeles Lakers basketball game.

The "Easy On Me" singer donned a brown leather jumpsuit with a Louis Vuitton coat while Paul wore a black turtleneck and suede jacket.

Adele and Paul went public as a couple when they attended a basketball game back in July. She recently told Vogue she didn't mean to make headlines with her relationship but "just wanted to go to the game."

"I just love being around him. I just love it," she gushed. "Rich just incredibly arrived. I don't feel anxious or nervous or frazzled. It's quite the opposite. It's wild."

Adele and Rich Paul attend a game between the Golden State Warriors and the Los Angeles Lakers on October 19. (Adam Pantozzi/NBAE via Getty Images)

Adele and her ex-husband, Simon Konecki, finalized their divorce in March. They were married from 2016 to 2021 and share a 9-year-old son Angelo.

The Grammy-winner admitted she used her new album, "30," as a way of explaining her divorce to her son.

"I just felt like I wanted to explain to him, through this record, when he’s in his twenties or thirties, who I am and why I voluntarily chose to dismantle his entire life in the pursuit of my own happiness," she explained.

Adele said of her marriage, "I didn’t want to end up like a lot of other people I knew. I wasn’t miserable miserable, but I would have been miserable had I not put myself first."

"I feel like this album is self-destruction… then self-reflection and then sort of self-redemption," she reasoned. "But I feel ready. I really want people to hear my side of the story this time."

Adele and Rich Paul went public as a couple at a basketball game back in July. (Photo by Christian Petersen/Getty Images)